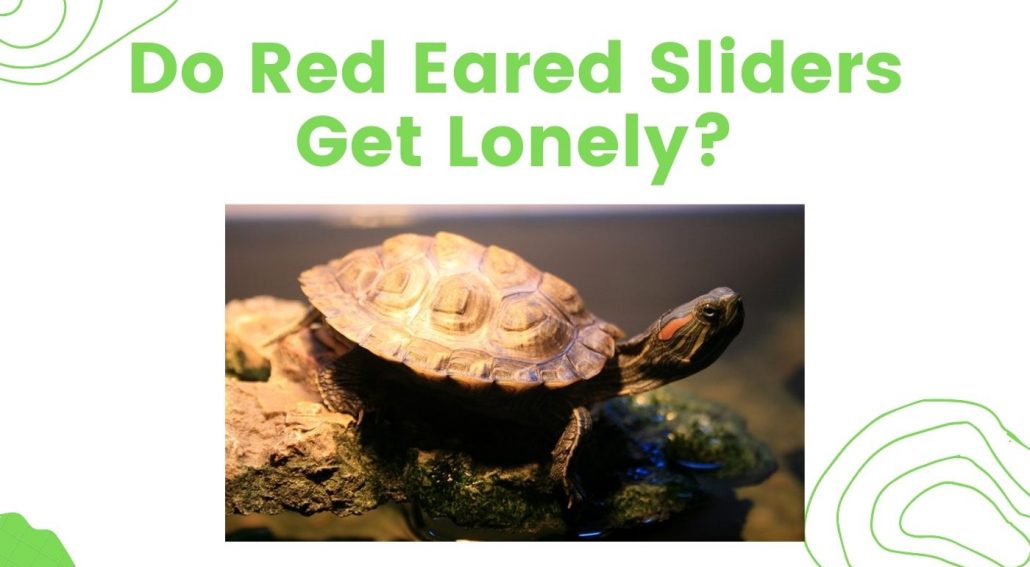 Do Red Eared Sliders Get Lonely?

No, red-eared sliders generally do not get lonely. Turtles are are not very social creatures, and actually prefer to keep to themselves.

Most turtles prefer to be alone, away from other turtles or animals. Most turtles in the wild live pretty solitary lives except for mating season. This is because turtles usually compete with each other for food and basking spots in the wild.

Even if they are kept alone in a tank, most turtles will live happy and healthy lives in seclusion. However, you can put fish in your turtle tank to help stimulate them.

How to stimulate your pet turtle?

Red-eared slider turtles are a solitary species, but that doesn’t mean they don’t enjoy socializing. If you believe your turtle is lonely, you can find other ways to keep them company. Here are some ideas to help them feel less lonely:

Should you put multiple turtles in a tank?

While they prefer their own space, they might enjoy a tank mate. I suggest starting with two turtles of the same species. You should keep a close eye on them, because turtles can get aggressive with each other if they are kept in the same tank.

Why do turtles get aggressive with each other?

While turtles can certainly get along with each other and live in the same tank, there is a chance they will get aggressive. The following are some of the reasons why turtles may start a fight:

Even if you feed all of your turtles in the tank, food is the most common reason turtles fight. Turtles in the same tank will constantly try to steal food, resulting in fights.

Another reason they might fight is for control of territory. This is how animals are; it’s in their nature, and we have no control over it. This also has to do with dominance, because if one turtle asserts dominance over the others, the others will not be able to eat as much food or bask as much because the dominant turtle will take charge of the tank.

Most dominant turtles will be the one that is bigger in size. Placing an adult turtle with a juvenile turtle will result in the smaller turtle being bullied by the bigger turtle for any reason imaginable, so this will lead to more fighting.

Finally, the last reason why turtles may start fighting is because of their gender. If you put one adult male and one adult female in one tank, the male will actively try to mate with the female, and she might not want to. Fighting will also occur if two males or two females are placed in the same tank.

This is why it is best to keep them in a tank alone. Most turtles prefer solitude, but each turtle has a unique personality, influencing how well they get along with other turtles.

They prefer to be alone for no particular reason; it’s just how they are. You don’t have to worry about your turtle becoming lonely. Simply make sure that your turtle has an ideal habitat with the food and water it needs to live a long and healthy life.

How to Build a Red-Eared Slider Nesting Box

Can a Red Eared Slider Live with Goldfish?