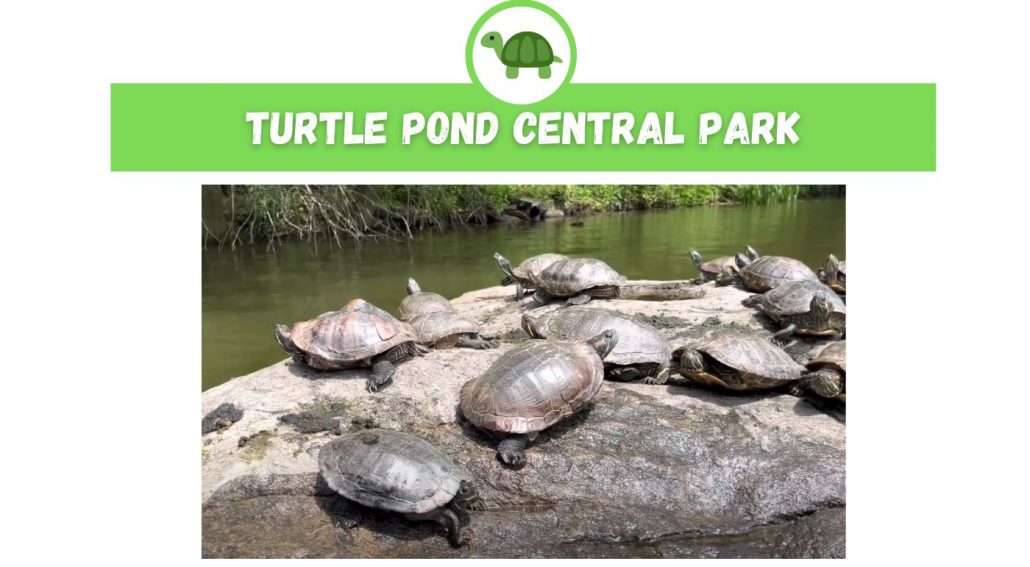 This past weekend I had the pleasure of going to turtle pond in central park. It was by far my favorite activity in New York City. The turtle pond features thousands of turtles, mostly red-eared sliders, that swim around and bask all across the pond. I also rented a rowboat in Central Park lake and was able to get up close to many of the turtles.

What turtle species are in central park?

The three main species of turtles in central park are red-eared sliders, snapping turtles, and painted turtles. These are all aquatic turtles, so they spend the vast majority of their time in the many ponds across central park.

There are also musk turtles and box turtles, but they are less common.

Where do turtles bask in central park?

As you can see from the video above, there are many places for turtles to bask in central park. Many of the ponds have flat rocky embankments that are perfect for basking. Some turtles also bask on longs and big sticks that float on the water. Some even bask by stacking on top of each other.

As a reminder, turtles bask in order to dry their shells and to get vitamin D3 from the sun.

Where do central park turtles go in the winter?

Surprisingly, most turtles in central park spend the majority of the winter underwater. They usually dig deep into the mud at the pond bed, which keeps them warm during the cold winter months.

This process is called brumation, and most aquatic turtles do it in the winter.

Where is the best place to see turtles in central park?

This is a debatable question, as there are two great spots to see turtles in central park. You should go to either Turtle Pond or Central Park Pond.

Turtle pond probably has the greatest density of turtles. There are multiple places that you can walk up to the water’s edge and see the turtles. Central Park Pond is unique in that you can rent a rowboat for only $20.

This allows you to get up and personal with the turtles. As you can see from the video at the top of the article, you can get within inches of the turtles.

How big do turtles get in central park?

I can only speak to what I saw, but there were red-eared sliders that had shells that were at least 14 inches long. This is definitely on the big end for a red-eared slider. This is probably because many tourists overfeed the turtles. Most pet red-eared sliders don’t reach this length since they live in tanks.

I didn’t see any snapping turtles, but I’ve been told they get up to 20 inches long in central park.