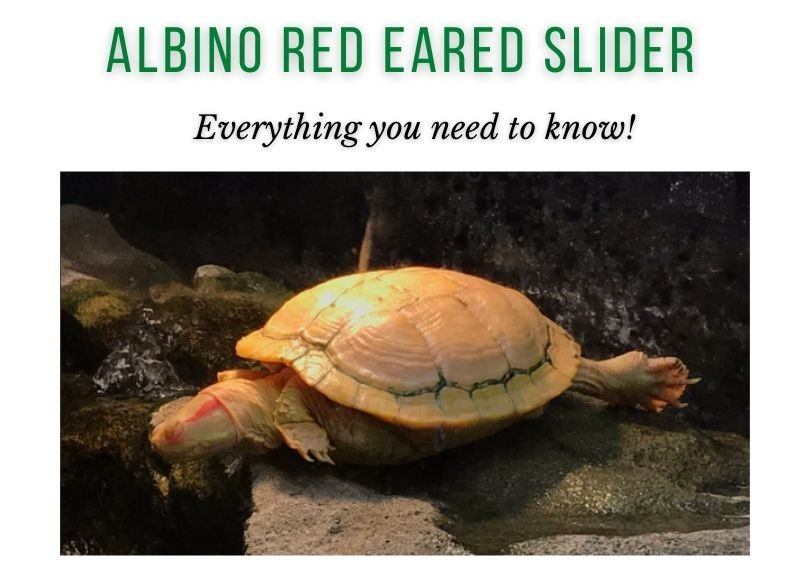 Now, who doesn’t want a cute, adorable, and goofy reptile in their house? Well, if you are also a reptile connoisseur and want to adopt a reptile best friend, then we can’t recommend you anything better than an Albino Red Eared Slider. If you want to learn more about reptiles other than turtles, sites like Reptile Guide are a good place to continue reading trustworthy and detailed guides on reptile pets.

Not only are these turtles unique and adorable, but they are also extremely rare. Here are some things that you have to know before blessing your home with an Albino Red Eared Slider.

Their unique bright skin makes them more visible to predators than their regular Red-eared slider counterparts. That’s why the majority of the albino red-eared sliders found today are raised in captivity, where they receive the necessary protection.

Red Eared Sliders are generally found in the areas surrounding the Mississippi River and Gulf of Mexico. They prefer to live in warmer regions. Therefore, they are commonly found in the Southeast United States. Albino members of this species are also found naturally in those areas along with their regular counterparts, but as mentioned earlier, due to their low survivability, most Albino Red Eared Sliders don’t see their first birthday.

During their bromating period, these turtles don’t eat or defecate, their breathing rates slow down, and their activity level hits an extreme low.

Albino red-eared sliders are Omnivorous which means they can eat anything from plants, algae, and animals like small fish and mollusks.

They are also referred to as opportunistic eaters. This means they will eat whatever they manage to get their hands on. In captivity, though, it is advised to follow a strict diet consisting of 25% pellet food, 50% green veggies, and 25% animal protein.

Where do they get their name?

This species got its name due to very specific reasons. The Albino portion is self-explanatory, as it refers to a genetic mutation these turtles are born with.

The other portion of their name is due to the small, red strip on their face. It is located around the area where their ears would be. The last remaining part of their name, “slider,” is given to them due to their remarkable capability to slide quickly off rocks and to log in the water.

How Big do Turtles Get?