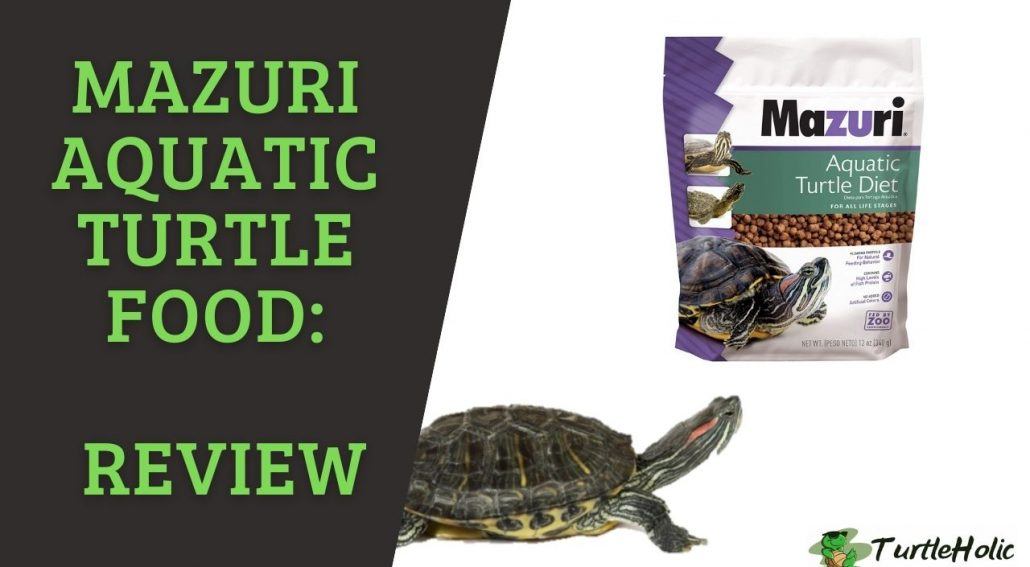 Why don’t I list the prices above? Because they change quite a bit! I would hate to list a price and then have a reader go to Amazon, only to be quoted a different price. In general, you should spend no more that $15 for the 12oz. bag, but I would check each of the sites above to see who has the best deal of the day.

If you own a turtle, one of your main responsibilities will be to make sure they get enough food. While you should always make sure your turtle is getting enough to eat, the quality of the food is equally as important.

If you have done your research, you have probably found turtles generally need around 25% of their diet to be turtle pellets. While other portions of a turtle’s diet can be household kitchen items like vegetables, you will almost certainly have to purchase turtle pellets from somewhere.

I personally recommend turtle pellets from Amazon. They usually ship within 2-4 days, and I have found they have cheaper prices than other online vendors as well as pet stores like Petco and PetSmart. In today’s article, I will review one of the most popular turtle foods on Amazon, Mazuri Pellets.

Mazuri stands out as one of the best turtle pellets on the market. It has many essential components of a turtle’s diet, and also is very affordable. It usually costs around $15 for a 12-ounce bag. These pellets are great because they float at the top of the water. This means your turtle must swim to the top to eat them, which mimics their natural eating behavior in the wild, and is also great for exercise.

I have fed Mazuri Aquatic Turtle Diet pellets to my Red-Eared Slider for the past two years, and he absolutely loves them. Below is a general overview of Mazuri Turtle food.

Mazuri Aquatic Turtle food is comprised of a wide range of plant products and fish/animal protein.

From the ingredient list above, you can see that Mazuri turtle pellets have many beneficial ingredients. In particular, vitamin C, vitamin B12, vitamin D, and calcium are all essential components of a turtle’s diet.

The only controversy in the ingredients is the poultry and meat meal by-products. Some people claim it is unnatural because turtles would never eat meat or chicken in the wild. I personally do not mind these ingredients, especially because protein is very important for the growth and development of your turtle.

Do turtles like the taste of Mazuri Turtle Food?

While I can’t speak to every turtle, I can say that my red eared slider loves the tasted of Mazuri pellets. Aside from the occasional dried crickets that I give him, these pellets are his second favorite food. He usually immediately eats everyone that I drop into the water.

Which turtles can have Mazuri Aquatic Turtle Food?

You can feed Mazuri Aquatic Turtle Food to any turtle that is an omnivore (which means they eat both plants and animal-based food). Luckily, most pet turtles are omnivores, so you can feed Mazuri pellets to Red-Eared Sliders, Painted Turtles, Snapping Turtles, and Wood Turtles. Even though they don’t spend a lot of time in the water, you can also give Mazuri Aquatic Turtle Food to Box Turtles.

Just about all pet turtles are omnivores, which means you can feed them Mazuri pellets. The only turtle that I know of that is a herbivore is a green sea turtle, but chances are you do not have one of those as your pet.

How much Mazuri Pellets should I feed my turtle?

The exact answer is dependent on the age and size of your turtle. That being said, I would measure out the pellets in a small plastic bag until it is the size of your turtle’s head. I would give your turtle this amount every other day. You can learn more in my article on how to feed a turtle.

Always make sure to drop the pellets directly in the water. This is because turtles prefer to eat things in the water because it helps with digestion.

Be careful not to give you turtle too much Mazuri turtle food. Since it is high in protein in calories, it can cause many health problems if fed in excess.

How long does a 12-ounce bag of Mazuri Pellets last?

Where to buy Mazuri Turtle food in bulk?

Obviously, you can save a lot of time and money buy purchasing Mazuri bulk turtle food. Luckily, we found that Chewy sells Mazuri pellets online in bulk in a 25lbs bag. If you buy the 25-lbs of Mazuri pellets, it will last at least two years. Since it only costs $58, you could save over $100 buying Mazuri pellets in bulk.

Can I feed my tortoise Mazuri Aquatic Turtle Diet Food?

It will not harm you tortoise if you feed them some Mazuri turtle food. Turtles and tortoises have pretty similar diets and nutritional requirements. That being said, I wouldn’t do this in the long run for two reasons.

For one, tortoises require much more food than turtles, and you will go through the bag much faster. Secondly, there really is no need to feed your tortoise Mazuri Turtle Food because Mazuri already sells a line of pellets specifically for tortoises. You can also buy it on amazon.

Why Does My Red Eared Slider have Puffy Eyes?